Anthony Dod Mantle is an award-winning British cinematographer. In 2009 he won an Oscar for best achievement in cinematography for Slumdog Millionaire.  He won a Bafta for the same film and his other credits include Rush, 28 Days Later, 127 Hours and The Last King of Scotland.

He has most recently been filming Our Kind of Traitor, staring Ewan McGregor and Damian Lewis, due out next year. Here are his top 10 tips for being a cinematographer:

1. Be patient and loyal

A cinematographer is a person who stands behind a camera and is patient and loyal and understanding of actors, directors and producers. You're kind of a key person on the set. You deal with everything to do with the visual language of the film or television series or moving picture. Everything that travels through your eye and into the camera, it's up to you to bring together all the hard work of many, many people, to create a hopefully unanimous agreement of what makes a lovely vision. And that happens one in every 10 times.

I grew up in England and was fortunate to have very understanding, tolerant parents. Mum was a painter and my dad worked in agriculture. I did my A-levels and then started to travel and they never hurried or hassled me.

I was always very inquisitive growing up, but I couldn't just find my vocation and unlike some parents who push their kids, which I won't ever do with mine, they gave me the space to continue the search. I spent a year in India at the age of 24 to find out what my vocation would be. I took thousands of photographs and I learned for the first time that one image can mean a thousand and one different things to people. I found that fascinating and it was the start of something.

3. Move both yourself and the camera

Whether you are working in photography or film, it's about contrast, luminance, density, exposure all of these things are things you should know about it. I've become known for movement. Why and how you move the camera is an essential part of our job. It took me the first two years of my four years at film school to understand how to give up that control of the static image and maintain some other kind of variation of the word control of a moving image. Where you move both yourself and things move in the frame and the light changes, that's the big, difficult jump. Controlling the light, for the fraction of a second that the picture demands it is so important.

4. Have an understanding family

You are away for long hours doing this job. I spend my life away and I wouldn't be able to do this and I wouldn't recommend this to anybody, unless they are really passionate about it. It's too hard a job, physically and mentally if you're not that involved. I am away from my loved ones, sometimes for nine months a year, I have a very understanding family. You have to make sure that it works for you while you are away from home. You also have to make sure that the crew around you behave and you have to trust people and hope they trust you too.

It's very unhealthy mentally to go into this vocation without being aware of the potential frustration of not being credited or noticed or applauded. You have to sign an invisible agreement accepting you'll be comparatively invisible, compared with say actors and directors. The final personality of a film has a great deal to do with the cinematographer, but it has more to do with the alliance, trust and understanding between you, the director and the producers.

Once the machine starts to get going, the identity and ego that you give up as a cinematographer disappears in the equation of film-making. You have to give up your ego.

The drive and the passion you invest in a film doesn't always pay back. There was a film recently that secretly, deep down, I really thought deserved some kind of public recognition and it didn't happen and that's how it goes. A good director will remember to applaud their colleagues and remember that they could do very little without them, but they're not all like that.

7. Avoid conflict if you can

I once had a collision with a director who I had known for 25 years. It was a film called Antichrist and we ended with different opinions on things and instead of tearing each other apart, we just stepped away. We made the film and finished the film professionally, but it was quite a hard break and that hurt, because I think both of us had quite a lot of respect for each other. You have to avoid that sort of thing and that's part of the training really. It's about social engineering, it's not just about making everything look good and having enormous technical knowledge, it's integrating all of that with your personality and integrating what you have to offer.

8. Decide what motivates you 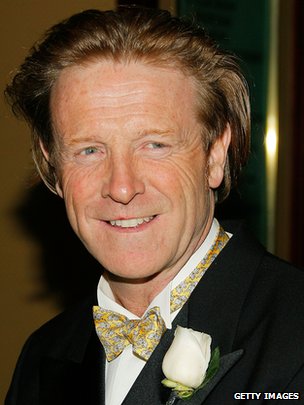 Anthony Dod Mantle says you have to have drive and determination to succeed
Before I even think about what I might do with a story, I have to revisit the script and let myself react to it simply and emotionally for what it is and decide if it motivates me. I don't think I'm any good at what I do if the material doesn't touch me on some level, challenge and engage me. It can be on an atheistic level, a political level or a cultural level, there could be other dynamics, but that said if it doesn't touch me in some kind of way, I'll try and stay away from it. I'm grateful for everyday that I'm allowed and able to get up and go to work and I try to teach that to students of my own. It's that kind of approach that I think works, if you are as honest as you can be about who you are and what you want then that makes sense to me.

9. Make the idea and the film grow

My top piece of advice would be to get a much better haircut than I have and you are what you eat, so take care of yourself. I think education, honesty, trust and determination are all essential. It is so hard and it's getting harder all the time. Once you get involved in a film artistically, make that film grow, help the idea and story to grow, you've got to believe that there is a significance to it being you that got the job and that you have something to give that film. You have to think about how you see it and how you publicise your thoughts, your imagination and your ideas on each scene and share that with the director and stand your ground. Never be combative, rely on a trade of dialogue and enthusiasm. You can only do that if you are in the right place and you have a genuine engagement with this vocation, you won't survive if you don't.

I had a drive and a determination inside me and I could not find the outlet for it. The ability, talent and drive can be there, but first you have to find the door, then find a way to make it open, then take the right steps to go through it. It doesn't matter if at the age of 20 the door isn't open. What's important is believing that it will open and believing that even if it takes five years longer to find the door, keep believing, keep yourself active, and stay inquisitive about the world and the people that surround you. If you wait those five years, they will make your steps so much longer, so that when you do get there you'll be able to take bigger steps than you would have done if you arrived earlier. My career went in leaps and bounds and I do sometimes think that is because it took me a while to get there, so don't give up!

10 tips for being a Cinematographer December 29th, 2015oggitomic